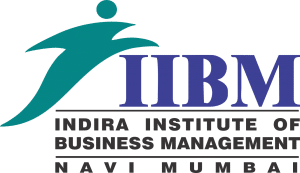 The term ‘generation’ reflects a recurring cycle of children born between certain years, mainly a period of 15-20 years. The entry of a new generation affects many areas of life: education, culture, economics, employment and more.

I AM A MILLENNIAL.WHAT ABOUT YOU?

The term Generation Alpha refers to the group of individuals born between 2011 and 2025. Kids in the Generation Alpha club are the first generation to be born entirely within the 21st century. They are immersed in technology and described by diversity in key areas, including their race and ethnicity, family structure and family finances. They are also the first generation to experience an early childhood defined by the coronavirus pandemic.

Generation Z, children born   between 1997 and 2010, are those who have recently entered the work cycle. This generation members are more reluctant to work in teams and prefer to work independently. These are defined as learners with abilities to react fast, aspiring to ongoing and immediate interactions, considering themselves as experts and technologically competent, having high expectations of technology, tending to learn independently, and feeling comfortable in a digital and visual environment.

The term ‘Millennials’ is actually understood to refer to people who were born in the time period ranging from 1981 to 1996. The more technical term for ‘Millennials’ is generation Y, as they succeed generation X and precede generation Z. Millennials have been brought up in the era of globalization, employment outsourcing, foreign investments and a proliferation of information and communication technologies. They have witnessed natural calamities like the tsunami and earthquakes, and terrorist attacks, including the 9/11 attack in America.

Those born between 1965 and 1980 who are referred to as Xennials – the older millennials, are seen as the cross over generation. This generation experienced periods of economic prosperity and also stress due to the early 1980s recession and downsizing, family insecurity due to high divorce rates of parents, rapid change, great diversity and lack of solid traditions.

The birth years of individuals in the baby boomer generation fall between 1946 and 1964. Baby boomers are known for having confidence, being comfortable with administering authority and understanding the value of independence. Boomers felt the pressure of caring for ageing parents and their own children.

These are people born between 1926 and 1945, and are so named because it is thought they were told to keep quiet about their views on current affairs; but in contrast, they played an important role in civil rights movements. This generation was influenced by the Great Depression, World War II, and also saw the rise of television networks and mass marketing. Veterans view education as a dream and leisure as a reward for hard work. They desire stability in life, a predicted career ladder and are loyal and consistent.

Check out the other posts

Going to appear for the MAH MMS CET examination in 2022? Here is the detailed guide with final preparation tips for you .MAH MMS CET

MMS Course Degree in Indira Institute of Business Management College in Sanpada, Navi Mumbai, is a good option for those who want to be part

What is the difference between PGDM vs MBA vs MMS Degree?

Interested in studying higher studies? So let’s have the initiative to know more details about the PGDM vs MBA vs MMS Degree. Also, there are

What is the benefit of pursuing an MMS (Master of management studies) degree?

It is essential to have a degree to help you land a job in the current competitive job market. The Master of Management Studies (MMS)

What are the eligibility criteria for the Master of Management Studies (MMS) Degree, fee details, and how to apply in 2022?

What is the purpose of a management study?

If you are in a management position, there is likely a mention of a management study (MS) in your cover letter. So what is a

What are the benefits of a management study?

Tips to Help You Study For Your Management Exam

5 Reasons Why You Should Get a Management Degree

Have you ever been asked this question? “What are you going to do with a management degree?” If the answer is no, then you need

The institute facilitates practical learning by providing the optimal mix of classroom learning and industry exposure.

The Institute offers “MBA Course” or “Master in Management Studies (MMS)”, two years full-time program, which is approved by AICTE and affiliated to University of Mumbai.

The IIBM campus is well connected with roads through highway and also close to the upcoming International Airport at Panvel.

how do i add a google map to my website

Yes! I want to Pursue MMS

Our Students were PLACED at